Review: Teach IT in Sri Lanka by Richard T

Hello I am Richard Tallowin and I have just finished my Bsc (Hons) in Business Computing back in England finishing early July. I arrived in Sri Lanka on 15th August 2011, after leaving the United Kingdom on Sunday morning and flying to Doha, Qatar to get my connecting flight to Colombo late that night.

I arrived in Sri Lanka in the early hours of Monday morning and the first thing that hit me was the heat, even though it was only 4.30am. It still felt very hot compared to the temperatures back home, as England is usually only 12 – 18 degrees. I believe anybody coming from England will be most affected by the heat as it’s such an extreme compared to the weather of the UK.

While driving to the Indra Regent Hotel which was booked by Projects Aboard I soon discovered Sri Lankan people love to use the horn of their car, motor bike, tuk tuk or bus. On the first evening I met one of the Projects Aboard staff and we ate at Queen Café nearby the hotel before travelling down to Wadduwa to meet my host family and placement (Mawala IT Centre) the next morning.

My placement and host family

The first evening I ate a Sri Lankan meal was Tuesday evening and I was unprepared for the amount of food I was going to be presented with, I even thought that the two host family sons were eating with me because there was more than I was ever going to be able to eat.

The IT Centre is positioned 10-15 minutes’ walk from my host family which makes it very easy to get to. Due to the position of my placement it allows me to go home for dinner then walk back before the start of afternoon lessons. Having never taught in my life, I did have a few problems during the first few days trying to communicate and show them what they needed to do.

However it soon got easier and over the two weeks I have been here I have learned some basic sentences and words in Sinhala from some of the younger children at the centre. I have to say, although I had my doubts in the first 48 hours of being Sri Lanka, I am glad I choose two months instead of one, as the first few weeks have flown by.

At the weekends I have been lucky enough to travel with other volunteers from all parts of Europe and Canada. The first weekend I travelled from Colombo to Nuwara Eliya and hiked World’s End and saw Bakers Fall which was amazing. Before coming back on Sunday we also saw elephants at the Millennium Foundation.

The weekend was amazing and I plan to go travelling with other volunteers this weekend too. New volunteers should be prepared for journeys on the buses to be an experience from it breaking down in the middle of nowhere to meeting people from different parts of Sri Lanka.

My second month in Sri Lanka

As I sit in Seoul, South Korea, and think back about my second month in Sri Lanka, I have to say it was an amazing time. I visited new places such as the ancient cities in the northern parts of Sri Lanka, e.g. Anuradhapura, Polonnaruwa with the large Buddha statues and finally climbing Sigiriya on the Sunday which allowed for amazing views (thanks to the good weather) and 1,600 year old cave paintings which were very impressive.

However yet again the thing which takes the time to see these amazing places is the travelling, this could be in a public bus which is sometimes so full you think they’re going for a world record to getting the train which can be ok if you get the intercity express ones. To see the ancient cities we went in a hired minivan, so this allowed us to go where we wanted and allowed stops for breakfast or other reasons.

I also helped out at a medical camp giving out milk rice and chili to all the people who came to the event. This event allowed the Medical volunteers to really help out and get some hands on experience.

Another thing Sri Lanka has is amazing beaches, from Hikkaduwa to Mirissa. If you ever get to go to Hikkaduwa you must make a visit to “Top Secret”; it is very relaxing and the beach is not over developed.

In summary, Sri Lanka is an amazing country and everybody should experience the culture, the friendly people and enjoying the many sights and places. There is no other place like Sri Lanka, from the tea plantations in the hill country to the paradise beaches of Mirissa and Hikkaduwa. I am very pleased I got the opportunity to see the country and hopefully I will be able to return to Sri Lanka in the coming years. 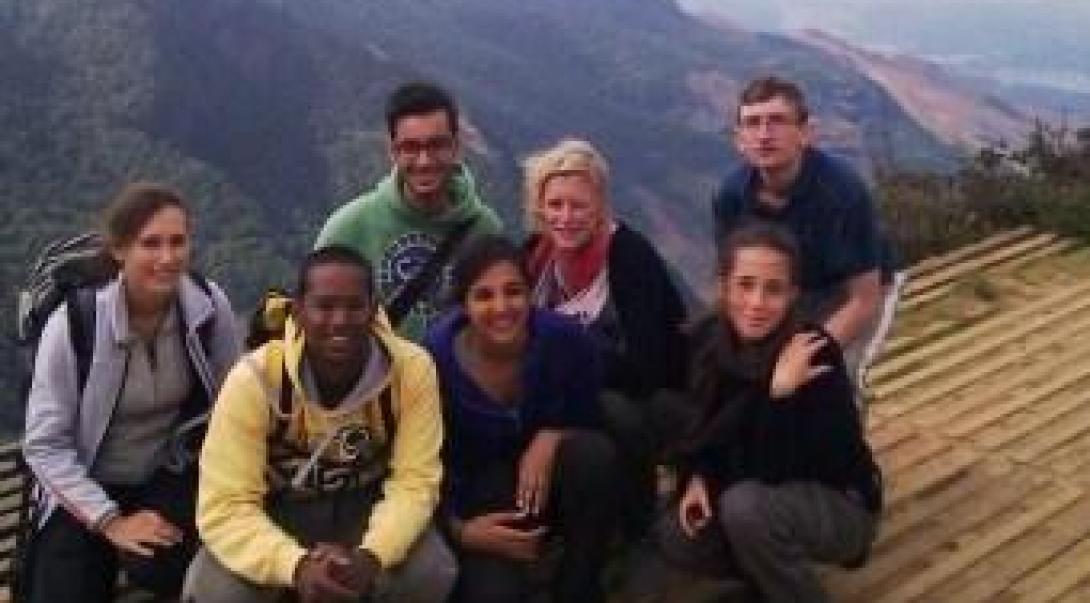