Review: Public Health in the Philippines by Victoria C

The summer of 2015 provided me an opportunity of service learning in Bogo City, Cebu in the Philippines. It was in the midst of this tropical climate, that I spent four weeks living with a host family, traveling to exotic beaches and mountains, eating Filipino cuisine, teaching basic nutrition with cooking demonstration to local mothers, as well as elementary and high school students, performing door to door health screening and referrals, and having a clinical experience working in the city’s hospital as a nursing assistant.

One of the most rewarding components of my stay in Bogo, was that I was fully immersed into the Filipino culture by living with a local family for the duration of my trip. My host family was the Ygots and there were 13 people living in the house! My roommates were also in the program and were from Australia and England; this provided many long conversations about cultural difference between these four places. There were always dogs, children, and excitement in the house and it was there where I learned about the importance of the family unit in the Filipino culture.

I became very close to my host family and I was asked to become a Godparent to their youngest daughter Ashley who had just turned three months old upon my arrival. I asked what that role meant and my host mother Analyn gave me a beautiful response: “I want you to be someone that Ashley knows loves her even across the world and that your faith in God will encourage her.” Attending my first Catholic mass ceremony, spoken in Tagalog, I became a Godparent.

Jojo, my host dad was always cooking. He would pack my lunch everyday and it would always include rice and meat cooked in a various sauce. A plate was not considered a meal unless it contained rice. My favourite local treat he made was called Lumpia. Lumpia is basically a Filipino twist on a spring roll with a pork sausage in the middle. A delicacy that I was never brave enough to try is balut; this is a fertilized egg with a developing duck embryo inside. One delicious treat only at big celebrations is a massive, whole pig roasted called Lechon. I also enjoyed many fresh mangos and wild looking fruits called leches.

On the weekends I was free to travel and many adventures unfolded. I went to a little island called Malapascua where I learned about the natural splendours and ecotourism of the Philippines and went snorkelling. Another island visited was called Bohol, there I went zip lining down a mountain, saw the smallest monkeys in the world the Tarsier, went spelunking and swimming in a cave, snorkelled with beautiful sea turtles, and met and sang karaoke with the local mayor. The Philippines are a picturesque vacationing spot of the world and thereby attracts many international travellers.

During the weekdays I would be picked up at 7:30am in what the locals call “Jeepneys”, which are colourful, refurbished Jeep buses that were used during WWII. On Tuesdays and Thursdays I would be dropped off in an unknown community location along with other Public Health Interns to lead a cooking demonstration, provide blood pressure readings, and provide a nutrition lesson to mothers in the area. I was asked to be the nutrition instructor and working with a local woman named “Mama Billy” was able to communicate basic nutrition information with these women. This information included the importance of breast milk, why our bodies need all the foods groups everyday and which ones were important for women and women during pregnancy, portion sizes, the risk of high salt intake, as well as the important components of each of the items that were put into the food item during the cooking demonstration.

Mama Billy led the cooking demonstration making “healthy doughnuts.” Healthy doughnuts were a lightly fried, flour based, treat jammed packed with ginger, carrots, and a green. This was a recipe created from a Danish nutritionist who was working with locals to find ingredients that were inexpensive and to create a product that could potentially be made for sale in the local market. The most interesting food item in the recipe was the green. It was a normally wasted portion of a vegetable that typically was given to goats. This leafy component was free and boosted the doughnut with iron.

Twice a week in the afternoons, I was dropped off in local elementary and high schools to present on nutrition. July was national nutrition month in the Philippines and the students listened and understood as I gave a presentation on general nutrition topics. The schools teach in English because the majority of their school textbooks are American textbooks from the 1970’s and they perceive learning English as vital because it is the biggest way to become employable. I really enjoyed the educational aspect of this internship as I gained skills of how to reach and connect not only with people of a different culture and language, but of different age sets.

Every Monday, Wednesday, and Friday our team would conduct door-to-door health screenings for people over 40. Projects Abroad had us meet with local health officials both of the city and each individual community that was visited to gain local approval and support.

The health screening self reported information section included demographic questions including educational attainment. The succeeding section was a brief family history and questions regarding current lifestyle choices of smoking, drinking, exercise, and diet. The next portion included questions relating to symptoms of diabetes including: Do you feel thirty often? Do you go to the bathroom more often than others? Do you often feel hungry shortly after you have eaten? The final self-reporting section asked questions pertaining to symptoms of heart attack and stroke including: Have you ever had a pain in your chest or shooting pain up and down your arm? Have you ever had difficulty talking or numbness on one side of your body?

Usually during questioning, anthropometric measurements were taken. Blood pressure was taken twice to ensure accuracy. Waist circumference was recorded as well as height and weight. For many people it was their first time getting their blood pressure taken.

If there was an indication from screening and measurements of potential high cholesterol and/or diabetes, then finger prick blood testing was done on site. The two tests were blood glucose and total cholesterol. After full results were finalized the patient was seated and explained each component of the screening and what their results signified. Patients were then given referral notes, with results from testing as well as explained the location and open times, to local free health services.

From trends in health surveys conducted, metabolic disorders are highly expressed in Bogo City, Cebu. Many people had high blood glucose and alarming cholesterol levels. The dietary questions revealed that through globalization, the people were consuming high levels of processed foods. Surprisingly, many people responded yes to the signs and symptoms of heart attack and stroke. One man was having a stroke at the time of the health screening. The rewarding part of this endeavour was reaching to the people of the communities and providing them a service they would not have received otherwise. Though the days were long and hot, knowing that I would be sharing important medical status information to people was truly gratifying.

My last week in Bogo, I was offered the opportunity to volunteer as a nursing assistant in the local city hospital. The first day, I was dropped off with blue scrubs and nervously walked into the smallest, most crowded hospital I had even been into.

I was given a tour of the facilities, which in the one-floored building included a check-in and billing area, pharmacy, phlebotomy and blood testing room, a x-ray machine with a dark room for photo development, emergency room with 3 beds, operating room, children’s room, male and female adult rooms, delivery room, and the post-delivery room, neo-natal care room, an open aired isolation room, and numerous beds throughout the halls. The only three rooms that were air-conditioned were the nurses’ station, operating room, and the delivery room.

Although I had the incredible experience of taking vitals during an operation, working in the delivery room was the most rewarding to me. The nurse that I was working for was Errol and he told me that in the Philippines a baby is born every five minutes (I have never fact checked this). In the delivery room, I saw women of wide ranges from 14-40. My first birth that I assisted with was a stillborn; the mother had 10 children currently. This was particularly difficult because the woman had admitted to self-aborting the 32-week-old baby with heavy massaging and I was explained this was common because abortion was illegal. Holding the dead baby in my hands was a moment that I will never forget.

On a happier note, I was able to assist with many beautiful live births. I learned how to determine cervical dilation and I was responsible for placing the newborn on mother as the doctor cut the umbilical cord. I would then take the baby to be cleaned, weighed, and measured.

I would then put antibiotic cream in their eyes, clothe them, and gentle welcome them into the world while the mother was delivering the placenta.

One day I was called down to the ER to assist with cleaning a wound of an attempted suicide. While wiping away the dried blood from the wrist I wondered what the procedure for a patient with compromised mental health would be. After being stitched, the patient was released. I was in shock that there would be no true psychiatric follow up, but before I could process this fully I was the asked to take vitals of a 50-year-old woman lying in a bed outside the ER.

When trying to find the brachial pulse for blood pressure, I realized I couldn’t find a pulse. I called the nurse over and they pushed me back and called a code. With only manual compressions and a shot of epinephrine, I became a part of a crowd, including the man that had attempted suicide, watching the woman die in the hallway. I then felt a heavy hand on my shoulder and turned to see a man crying. He said, “That was my wife.” Not knowing what else to do I prayed for him and his wife in the midst of the chaos.

I left and tears streamed down my face. I was then called into the delivery room to assist with a birth. Medicine, even in its least advanced form, was still fighting to provide hope and life. 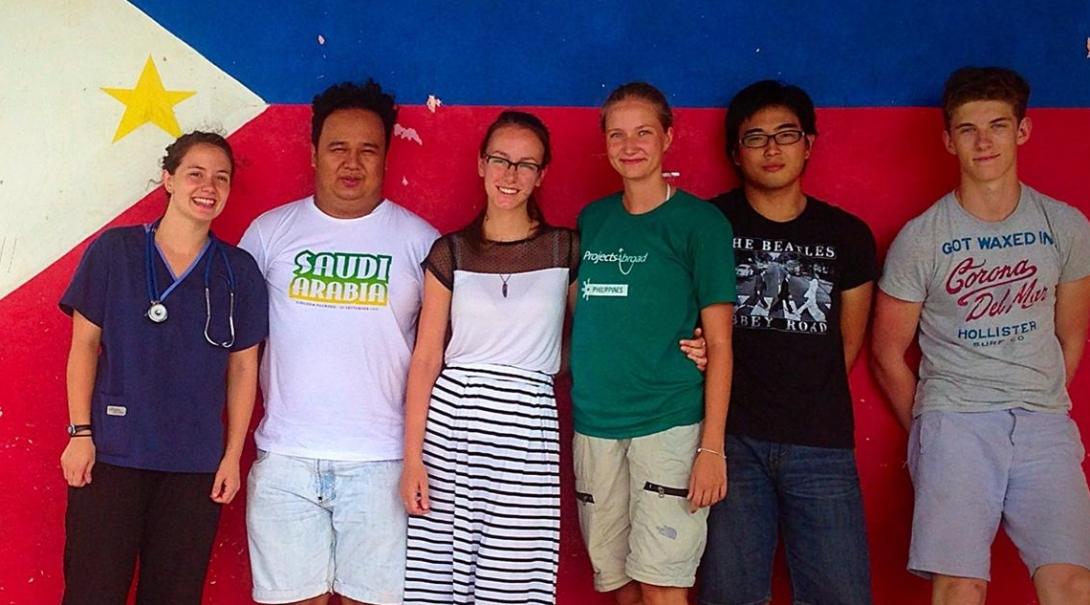